You are here: Home / Research / The post-antibiotic era and its implications for homeopathy 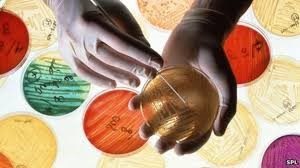 It was recently reported that a new bacteria in the family of superbugs called CRE that is resistant to all antibiotics has now emerged in US hospitals [1]. This was “the nightmare bacteria” dreaded by many in the public health field since it could signal the beginning of the “post-antibiotic era” warned of in a Centers for Disease Control Threat Report released in 2013 [2].

How did we get here? When penicillin, the first antibiotic, burst on the scene almost 100 years ago, it was thought the era of infectious diseases would soon come to an end. But even though penicillin-resistant bacteria emerged almost immediately, what was not anticipated was that bacteria, which have been around far longer than we have, were much smarter than we thought and continually mutate in order to resist each successive antibiotic designed to fight them. Fast-forward about 100 years later, and we have arrived at a critical juncture where diseases are appearing that seem to be resistant to all antibiotics.

Overuse of antibiotics by medical prescribers has hastened the dawn of the post-antibiotic era because it speeds up the process of bacterial mutation and resistance. (Antibiotic overuse in animal farming is an important topic worthy of a separate discussion). Despite repeated warnings over the past several years to reduce antibiotic prescriptions, a recent study found that as much as 1/3 were “inappropriate”. But for certain conditions, the number is even higher: “Half of antibiotic prescriptions for acute respiratory conditions may have been unnecessary, representing 34 million antibiotic prescriptions annually.”  The study found that while 72.4 % of sore throats are treated with antibiotics, as little as 37% are actually caused by bacteria. Among different age groups, antibiotic use among children is greatest with the highest prescription rates for those 0-2 years old.

Antibiotic-resistance is not the only consequence of overuse. It has been known for a long time that those taking antibiotics are susceptible to diarrhea immediately afterwards due to destruction of healthy bacteria that normally live in the intestines. But more recent research indicates that the intestines never really recover from antibiotics, leading to a permanent imbalance of the gut microbiome and possibly contributing to increased incidence of several diseases including obesity, type 1 diabetes, inflammatory bowel disease, allergies and asthma, which have more than doubled in many populations [3]. The heaviest use of antibiotics among infants therefore probably has serious negative consequences.

What is the solution? The study recommends two: change clinician behavior (in other words, continue to encourage physicians to reduce antibiotic prescriptions); and educate patients, who often demand or expect an antibiotic prescription when they go to the doctor. (The pharmaceutical industry has also promised to develop still newer antibiotics in order to stay ahead of the bacteria, although this does not seem to be a good strategy given the track record).

It turns out the top three conditions for which antibiotics are most commonly prescribed—sinusitis, ear infections and sore throats— are known to respond as well to homeopathy as they do to conventional drugs. A 2007 study by Haidvogl MD (and others) published in BMC Complementary and Alternative Medicine assessed 1577 patients receiving either homeopathic or conventional treatment for acute respiratory and ear complaints in a total of 57 primary care clinics in 8 countries (Austria, Germany, the Netherlands, Russia, Spain, Ukraine, United Kingdom and USA) and found no difference between the results of homeopathic care as compared with conventional medical treatment [4]. And a 2010 comprehensive review by Ullman and Frass MD published in Alternative Medicine Review evaluated 46 studies on the use of homeopathy for chronic upper respiratory allergies, which often cause these same symptoms, concluding that “[h]omeopathy appears to offer possible options to conventional treatment of respiratory allergies” [5].

There may always be a role for antibiotics in the treatment of infectious disease. Restraint among prescribers and education of patients must occur so they can be used much more judiciously. But homeopathy holds great promise in contributing significantly to the resolution of the problem because it is effective and at the same time does not result in any of the adverse effects associated with antibiotic overuse.

Dear All, In an enthusiastic effort to resurrect the Homeopathic Association of Arizona and reach out to other interested Homeopathic professionals, we are inviting you to participate in our membership drive. We … END_OF_DOCUMENT_TOKEN_TO_BE_REPLACED

A quick Google search of “homeopathy” will lead you to at least one webpage that will attempt to convince you homeopathy is not worthwhile because it is “implausible”. This argument is problematic for at least two … END_OF_DOCUMENT_TOKEN_TO_BE_REPLACED