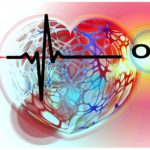 Dear All, In an enthusiastic effort to resurrect the Homeopathic Association of Arizona and reach out to other interested Homeopathic professionals, we are inviting you to participate in our membership drive. We … END_OF_DOCUMENT_TOKEN_TO_BE_REPLACED

A quick Google search of “homeopathy” will lead you to at least one webpage that will attempt to convince you homeopathy is not worthwhile because it is “implausible”. This argument is problematic for at least two … END_OF_DOCUMENT_TOKEN_TO_BE_REPLACED