You are here: Home / Research / How much do you know about homeopathic “proving” research?

In the regular monthly postings, we have touched on “How to cope with research” (August 12, 2015) which deals with the sometimes dizzying and often confusing world of research in homeopathy. “How does homeopathy work?” (September 23, 2015) focused on Dr. Iris Bell’s extremely useful answer to this question. This month, we turn our attention to an important aspect of research in homeopathy: homeopathic provings.

A “proving” is a special type of research unique to homeopathy initially developed by its founder, Samuel Hahnemann, (a German physician-chemist who lived in the late eighteenth and early nineteenth centuries) that documents the action of homeopathic preparations of specific substances on humans. One of the important and enduring distinctions between homeopathic provings and conventional medical research is that homeopathic medicines (“remedies”) are tested on healthy subjects rather than those who have already succumbed to disease symptoms. This is due to one of the central principles of homeopathy: ”like cures like”, which means that a substance capable of inducing symptoms in a healthy individual can cure those same symptoms in a sick person. Information gleaned from provings combined with scientifically-based information on sources (the material from which homeopathic remedies are made) along with clinical observation and outcome research form the body of knowledge on which homeopathic prescribing is based.

Chapter 4 of Hahnemann’s famous book The Organon (the last edition completed in 1842) is dedicated to homeopathic provings. In it, he describes the possible internal processes related to the action of medicinal substances on the human body during a proving (aphorisms 111 to 115); prescribes the preparation, potency and dosage of the substance to be administered to “provers”, or those who are testing the substance (122-4, 128-37); outlines basic instructions for provers after taking the medicine (124-6); and provides instructions to provers on how to document and record symptoms (133, 138-9). In addition, Hahnemann describes the “qualifications” of provers in that they must be healthy rather than sick (106-8,141-2) and specifies that provers should be both male and female (127, 135). This last point is significant in that as recently as 20 years ago– over 150 years after Samuel Hahnemann’s death!– modern medical research was conducted mostly on men. He further states that provings should be repeated multiple times on many different provers, addressing the important issue of replicability, or the repetition of research findings. Over the many decades that Hahnemann conducted provings, he observed that some symptoms appeared among provers more frequently (116), others were more rare (“idiosyncratic”, 117), and that not all symptoms appeared in all provers (134).

Modern homeopathic proving research has built on this foundation, but has added other features. In the US, Arizona’s American Medical College of Homeopathy (AMCH, now part of the Phoenix Institute of Herbal Medicine and Acupuncture, PIHMA) has been conducting provings since the 1990s and has set a high standard for this type of homeopathic research. AMCH provings use a double-blind randomized design in which roughly 20% of proving participants are given placebo. All provers must be 18 years or older, cannot be pregnant or lactating, have serious medical conditions, or be taking prescription drugs. Research ethics guidelines established by the Department of Health and Human Services that are used in conventional medical research are also followed for homeopathic provings. These guidelines include verification of lack of financial interest on the part of the principal investigator, preservation of the confidentiality of information, informed consent, and appropriate monitoring and response protocols in the event of adverse effects.

Steps for conducting a proving

The first stage of an AMCH proving consists of establishment of a thorough baseline of symptoms for each prover through labwork, prover logs and an extended interview. After this, a low-potency homeopathic preparation of the substance is administered daily for up to seven days or when signs or symptoms first appear. The observation phase lasts for three weeks, during which subjects keep a daily log of their symptoms. A final exit interview is conducted after one month. Follow-up continues for up to sixty days or when the prover no longer has signs or symptoms. Not infrequently, symptoms in some provers are actually cured, and in this case the prover is followed for an additional period in order to determine if the improvement is sustained.

The accumulated data from all research subjects (interview transcripts, daily logs, etc.) are then qualitatively analyzed and a remedy “picture” is constructed based on these data. A final open meeting is held for all provers, supervisors and interested members of the general public at which the remedy substance is named and the main findings are summarized. The accumulated symptoms for the remedy are then entered into homeopathic “repertories” (the databases used by homeopaths to look up symptoms) so they can be accessed by homeopaths prescribing for their clients. Following some additional steps, the remedy monograph can be added to the Homeopathic Pharmacopeia of the US (HPUS), which is overseen by the FDA (see http://www.hpus.com/what-is-the-hpus.php for more information on HPUS). 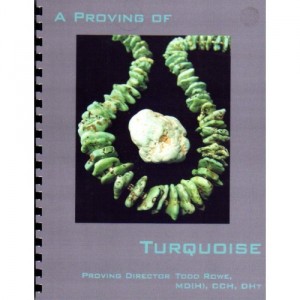 This is a fascinating process to participate in! For examples of provings done by the American Medical College of Homeopathy, or if you live in the Phoenix area and are interested in taking part in homeopathic research, call 602-274-1885 or send an E-mail to info@amcofh.org. You can also visit the AMCH website at http://www.amcofh.org .

Dear All, In an enthusiastic effort to resurrect the Homeopathic Association of Arizona and reach out to other interested Homeopathic professionals, we are inviting you to participate in our membership drive. We … END_OF_DOCUMENT_TOKEN_TO_BE_REPLACED

A quick Google search of “homeopathy” will lead you to at least one webpage that will attempt to convince you homeopathy is not worthwhile because it is “implausible”. This argument is problematic for at least two … END_OF_DOCUMENT_TOKEN_TO_BE_REPLACED