You are here: Home / Research / The evidence supporting homeopathy for upper respiratory conditions 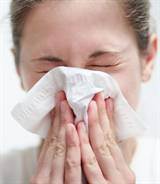 It has been mentioned in previous posts that single studies investigating the effectiveness of certain types of medical treatments carry much less weight than a body of evidence that includes large studies, multiple studies as well as systematic reviews, or assessments that examine the results of several studies researching the same treatment. It takes a long time for sufficient evidence to accumulate, and this is one of the main reasons why skeptics of homeopathy remain unconvinced about its efficacy. (Think about the many decades of research it took for some scientists to be persuaded that climate change is happening).

That said, there are some areas of research on homeopathic treatments where the evidence has accumulated faster than for others. One such area is upper respiratory conditions. Here are a few highlights:

A large study of 1577 patients who received either homeopathic or conventional treatment for acute respiratory and ear complaints was conducted by Haidvogl MD (and others) in 2007 and published in BMC Complementary and Alternative Medicine. The study was carried out in 57 primary care clinics in 8 countries: Austria, Germany, the Netherlands, Russia, Spain, Ukraine, United Kingdom and USA. Study results revealed no difference between homeopathic care as compared with conventional medical treatment. While this may not seem like a glowing endorsement of homeopathy (such superlatives do not occur in the scientific literature in any subject area), it is nonetheless significant because it flies in the face of the assumption that only conventional medical treatment for respiratory and ear complaints can be effective. If there is no difference between conventional treatment and homeopathy, it means that homeopathy is an equally viable option. When the risks of antibiotic use are factored in, homeopathy appears even more viable.

A 2010 review by Ullman and Frass MD published in Alternative Medicine Review evaluated 46 studies on the use of homeopathy for chronic upper respiratory allergies, including clinical studies and randomized controlled trials (considered “the gold standard” in medical research). Also included were laboratory studies that showed powerful effects of various homeopathic doses on biochemical markers related to respiratory allergies, specifically basophils, a type of white blood cell that produces enzymes during asthma or allergic reactions. The authors concluded that “[h]omeopathy appears to offer possible options to conventional treatment of respiratory allergies”.

A clinical observational study was conducted by Ferreri (and others) at an integrated health clinic in Italy of 430 outpatients with various respiratory allergies between 2011 and 2014. The study observed the results for patients who were already being treated with conventional medicine and for whom homeopathy was added to the treatment protocol. Conditions studied included rhinitis, oculorhinitis and bronchial asthma. The study found that 75% of patients with seasonal respiratory allergies who received homeopathic treatment showed a high level of improvement in their symptoms as assessed by the Edmonton Symptom Assessment Scale (used to evaluate allergic respiratory symptoms), compared to the beginning of treatment. Many patients experienced complete resolution of their symptoms and improvements seen were maintained throughout a 2-year follow-up period. 45% of those with perennial allergy symptoms (not seasonal) saw similar improvements. All patients with seasonal respiratory allergies had reduced their consumption of cortisone, bronchodilators or antihistaminic drugs to zero whilst patients with perennial allergic syndromes reduced their conventional drug usage by 85 to 100%.

While this and other research on the use of homeopathic medicines for upper respiratory conditions is encouraging, the familiar adage “more studies are needed” unfortunately still applies. It takes a lot to shift the current thinking and practice in health care that has evolved over at least the past hundred years. Complicating things even more, health care represents about 20% of the US economy and there are many vested interests that are threatened by such a shift.

Dear All, In an enthusiastic effort to resurrect the Homeopathic Association of Arizona and reach out to other interested Homeopathic professionals, we are inviting you to participate in our membership drive. We … END_OF_DOCUMENT_TOKEN_TO_BE_REPLACED

A quick Google search of “homeopathy” will lead you to at least one webpage that will attempt to convince you homeopathy is not worthwhile because it is “implausible”. This argument is problematic for at least two … END_OF_DOCUMENT_TOKEN_TO_BE_REPLACED